Windows 10 updates function a little differently than past versions of Windows desktop operating systems.  In the past you could actually turn off updates, with Windows 10 you can delay updates but as long as the PC is connected to the internet the Operating System updates will eventually be installed.  Microsoft provides two major types of Windows 10 Updates:  Feature Updates and Quality Updates

Feature updates are the major updates that are typically delivered twice yearly.  They are usually a large download that  can take 10 or minutes to install.  Feature Updates were previously called a version upgrade and contains new features.  Each Feature Update has a major version number based on it’s date of release (yymm).  Version 1709 was finalized in September 2017.

Starting with Windows 10 version 1703, you are able to choose the branch readiness level to determine when Feature Updates are installed.  This setting is available in: Settings > Update & security > Windows Update > Advanced options

The below screenshot is the Windows 10 Update Advanced Options page where these update settings are made: 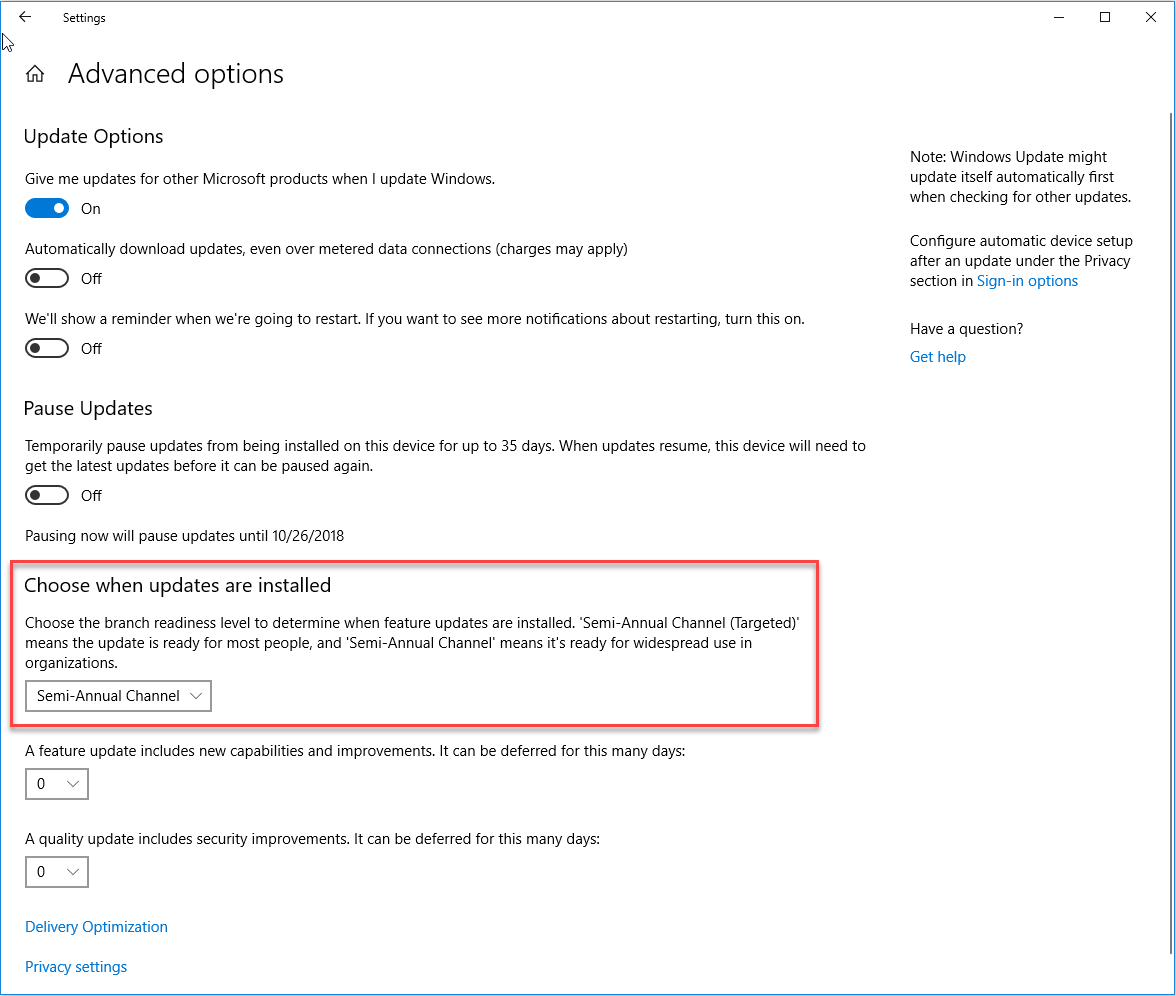 In Windows 10 Pro, Enterprise and Education editions you can defer Feature Updates for up to a year after their initial release to the Semi-Annual Channel (Targeted).  See the setting for this option below: 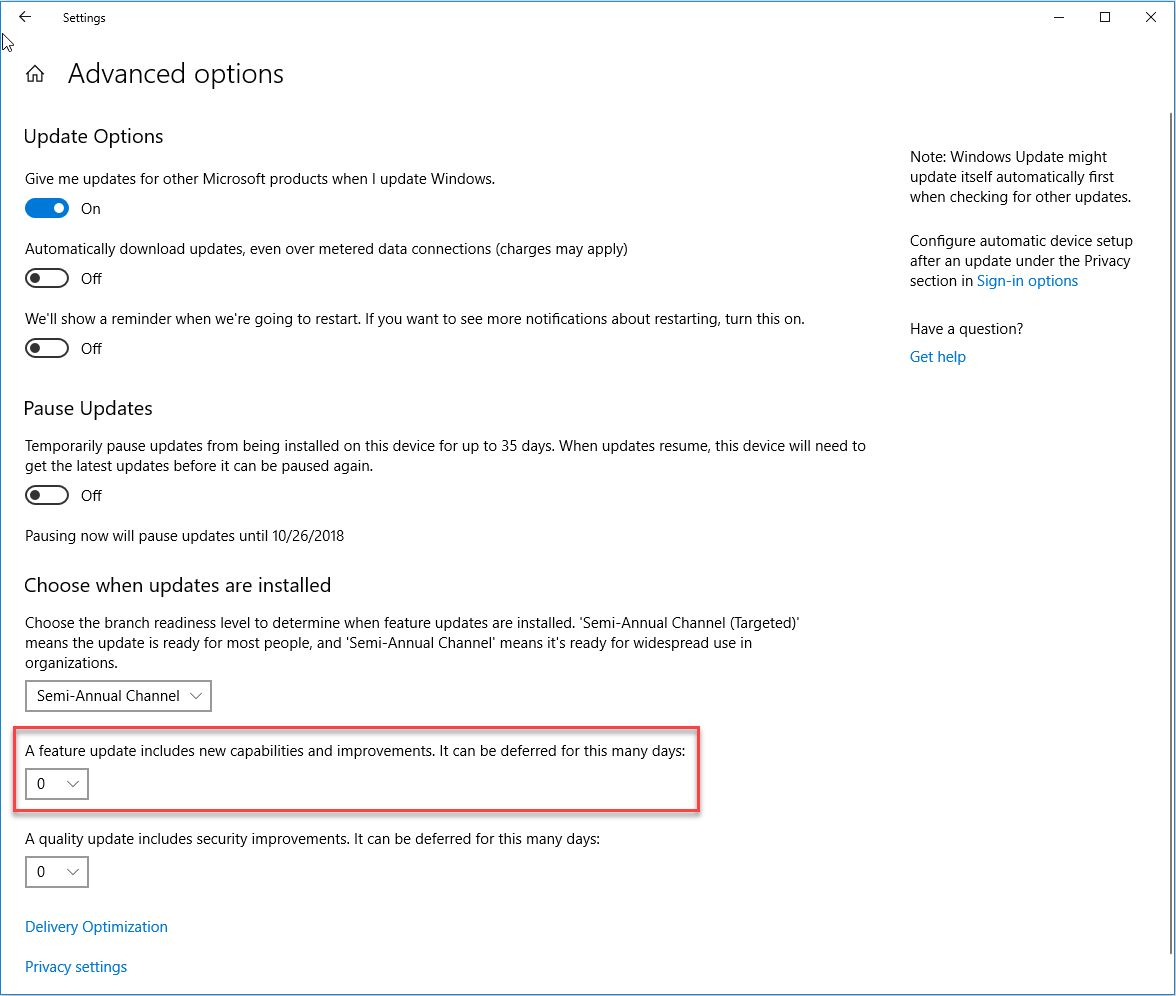 Quality updates do not include new features but are security and reliability fixes.  They are cumulative so that if you skip several months of these when you install the latest cumulative update you will be completely up to date.  Quality Updates are released on the second Tuesday of each month, also called Patch Tuesday to their supported branched. All security and reliability updates are included in a cumulative update and cannot be selected or deselected on an individual basis.

In addition to the cumulative updates hardware driver updates can be delivered through Windows updates, these are provided to fix bugs and instability issues with targeted hardware.  You might also see servicing stack updates; these are update packages to fix problems in the code that Windows 10 uses to install other operating system updates.  Also Windows Defender updates are delivered through Windows updates.

In Windows 10 Pro, Enterprise and Education editions you can defer Quality updates for up to 30 days with the setting below: 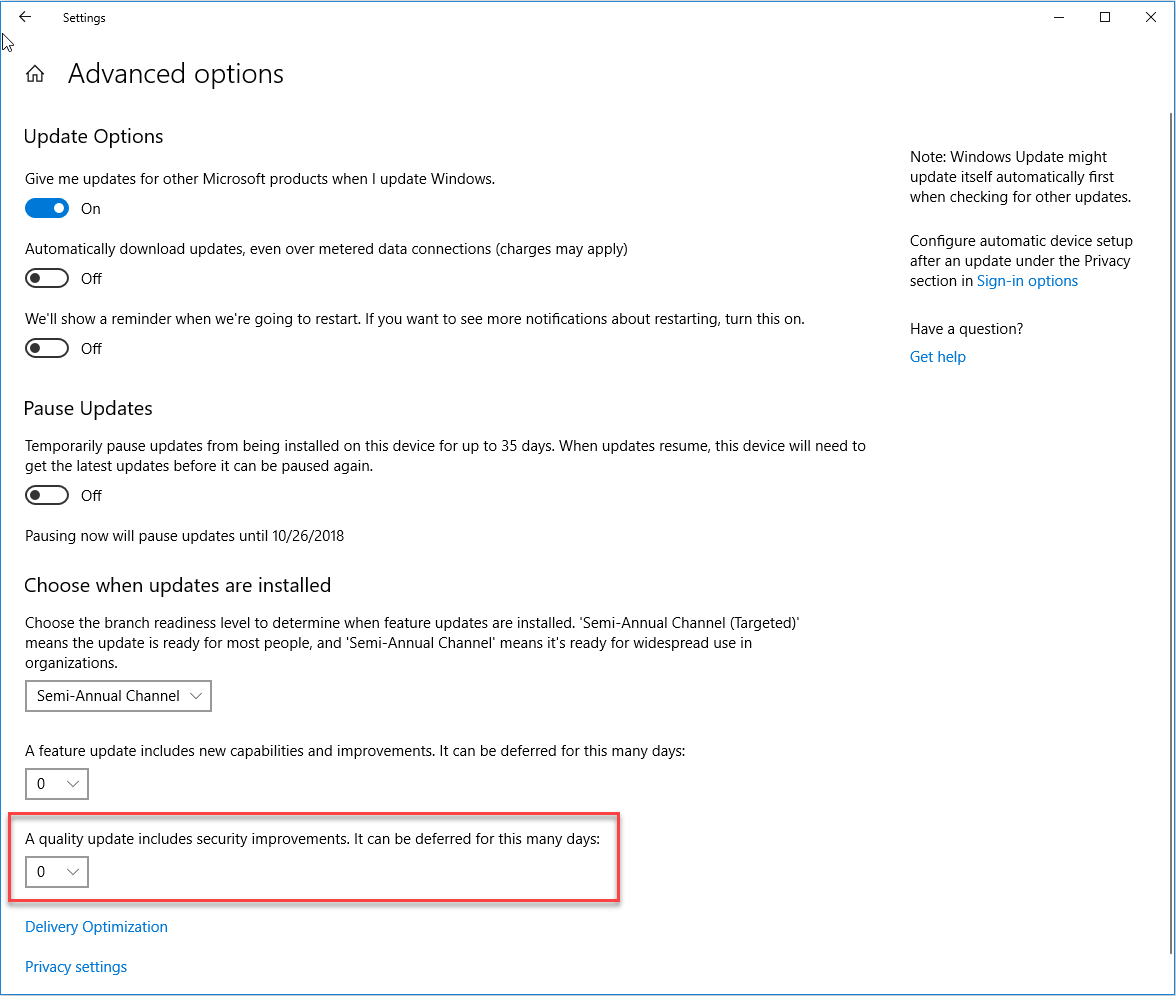